PMAST’s mission is to equip youth, families, and communities with the skills to manage conflict where they live, learn, work, and play 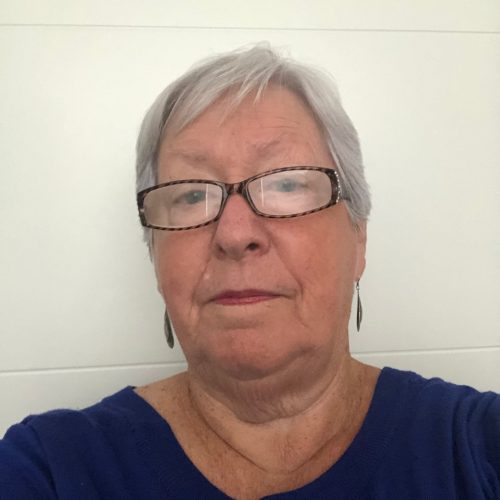 She worked for the Provincial Government for years, through various departments, including Forestry and in 1981 moved to Calgary with the Energy Resources Conservation Board (ERCB). Here she attended the Petroleum Engineering Technical Program at SAIT. During her time at ERCB she also attended the Mediation/Negotiation Certificate Program at U of C and was instrumental in establishing a Dispute Resolution Group for ERCB employees.

After preaching that all ERCB employees dealing with the public or industry corporations should have this training, it eventually became a standard requirement. As Brenda became more involved in mediation, she joined Community Mediation Calgary and was a founding member of a youth project in 1999, which would become PMAST.

Since the beginning she has held many offices with PMAST Board of Directors, and her vision of what PMAST should be in order to provide a service so critical to youth and their families, keeps her on track to try and reach those goals.

Her energy is fueled by seeing the lives that have changed, the youth who have turned their lives around to become happy, well-functioning members of society.

As a Grandmother and a PMAST founding member, she believes that to change the life of a child is still the best miracle and that we can improve a family's dynamic, or change a life in spite of it. 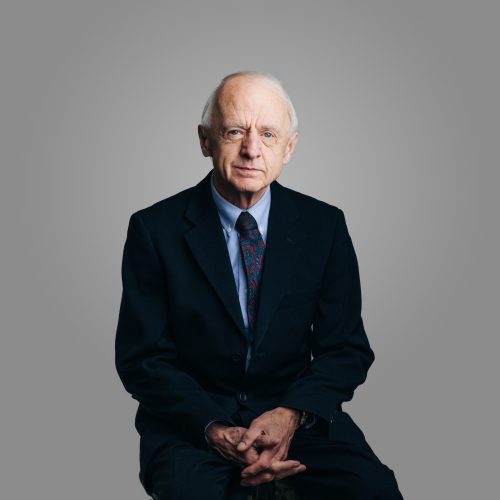 Bob has been active with Calgary community groups for around 30 years starting with the Cliff Bungalow – Mission Community Association. That involvement has lead to being involved in many other community groups and activities, many in a leadership role, including those involved in mediation services, urban planning, transportation planning, safety, health, social services, housing and heritage.

Bob has received the several awards related to his community activities including:

· Stars of the Millennium 2002 – Province of Alberta 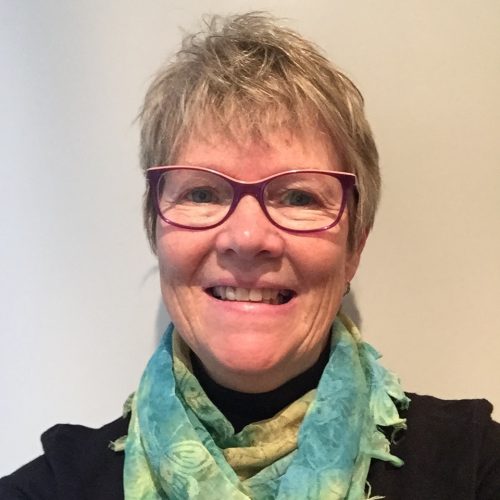 With over 35 years of teaching, administration and coaching experience, Elizabeth Bennett offers a unique blend of leadership, vision, and a vast background of knowledge.

This award winning school principal has a relentless passion for changing this broken, violent, socially isolated environment of dysfunction to creating a space for courageous conversations, empowering people to take on their lives and live with joy and love ~ suitable for sustainability for our next generation to flourish in.

She is dedicated to sharing this message of hope to community and business leaders, educators, parents and youth.

Being a survivor of domestic violence and sexual abuse as a teen, has taught Elizabeth that in order to succeed in life you must be willing to do whatever it takes.

She is eternally grateful for the genes of determination and persistence which she inherited from her mother, which provides Elizabeth with a fiery attitude and a heart centred desire to empower people and help them transform so that they can live the life they desire.

Elizabeth has also been a contributing author to two best-selling books and her chapter focused on the Courage to Speak. 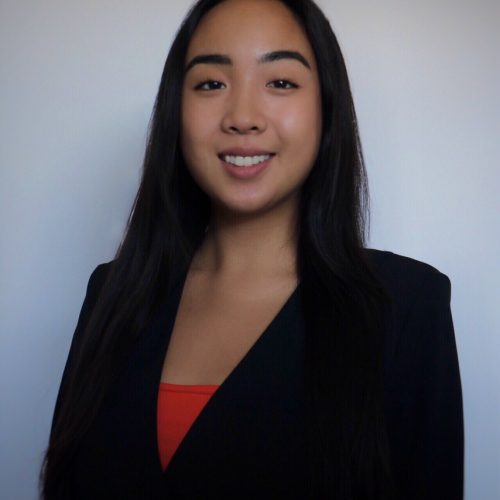 Vanessa Houv majors in International Business and Finance at Mount Royal University. She holds a strong interest in creating a safe environment for everyone to be heard and supported as this is the first of many steps to initiate a positive change.

With over half a decade of leadership experience, she has managed an array of projects aiming to increase the well-being of her community. Vanessa approaches each project in a democratic way to increase the flow of ideas and communication.

In her downtime, Vanessa enjoys getting lost in a bookstore and learning about the most random things possible. 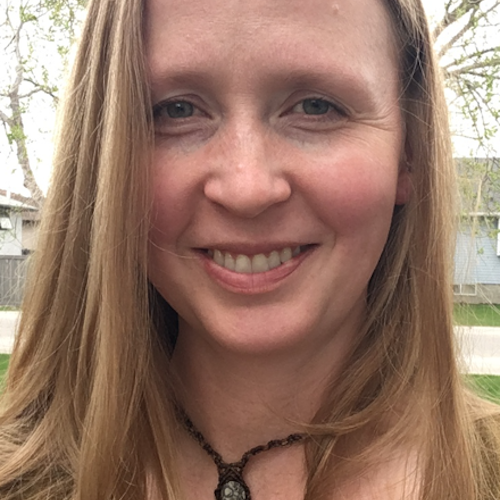 Janice has a passion for working with students and youth, and looks for opportunities to give back in her community. Her volunteer experience includes strategy development, event planning, and volunteer coordination.

Janice is particularly interested in supporting and promoting young women, and works to encourage all young people to reach their potential. She believes in the power of connection - among peers, and within our communities.

Janice works as a geoscientist, and has studied at Dalhousie University, the University of Northern B.C., and Queen’s University. 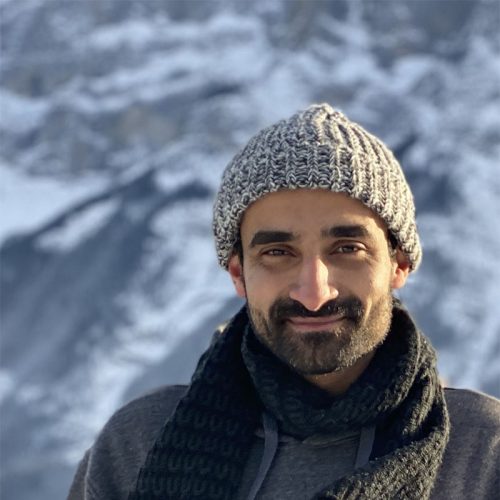 Mohamed has a background in enterprise technology strategy and software engineering.

When he's not staring at his computer screen, he can be found staring at the night sky somewhere in Alberta, Canada, where he moved a year ago.

He enjoys reading, and writing about the things he reads. He dreams of a world where no child has to go to school in fear of being bullied. 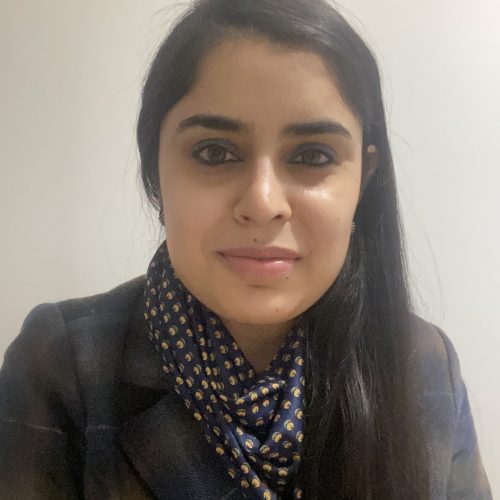 Being a Chartered Accountant from India, Ashima has a passion for accounting. When not at work, she loves to write and share her journey as a newcomer in Canada to simplify this journey for others through her blog: www.notsoworkholic.com. She strongly believes in bringing a change in the world by uplifting the most vulnerable sections of society.

'Hustle for your passion' is the motto/mantra she follows in her life. She is passionate about continuous growth in her accounting career and is currently pursuing CPA Canada. 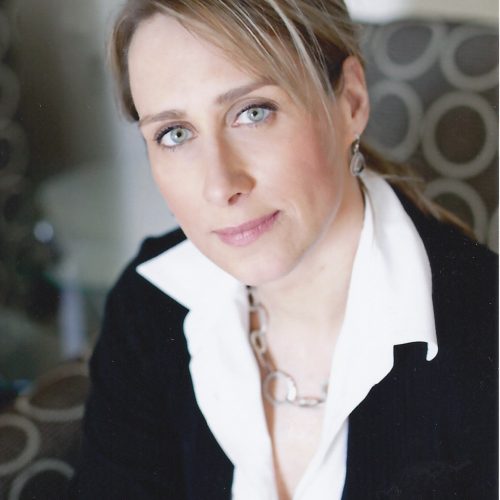 Dorothy believes all children have the ability within themselves to build healthy relationships given the opportunity to learn within a supportive community. She is passionate about empowering youth, schools and communities to manage conflict and nurture strong connections.

After a career in communications and fundraising, Dorothy decided to pursue her passion and completed a master’s degree in Conflict Management and Analysis from Royal Roads University in 2013.

She is a Mediator with Community Mediation Calgary Society and most recently has focussed on restorative practices in education; and integrating trauma-informed practices in her work.

Dorothy’s most rewarding role is as a parent of five adult children, two grandchildren, and a couple of dogs.

She and her husband split their time between Calgary, Fort Worth TX, and Coldstream BC. 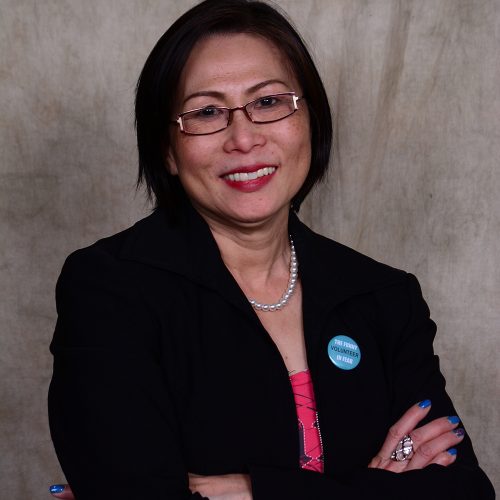 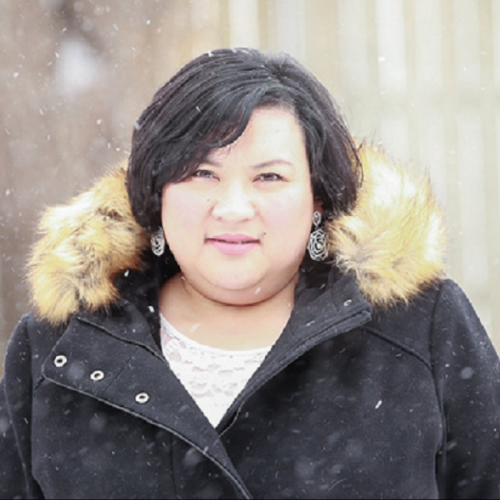 Pearl is passionate about helping the youth reach their full potential through education, encouragement and empowerment. She believes training the youth in conflict resolution and peer mediation equips them with the necessary skills to be successful in life, by teaching them to intentionally respond instead of instinctively react to situations.

Pearl trusts that knowledgeable and emotionally stable youths for today are the building blocks for a stronger community for tomorrow. She has a Graduate Certificate in Public Policy Analysis and a bachelor’s degree in Commerce, both from the University of Saskatchewan. After several years of employment in the public service in administrative and financial roles, she has decided to pursue her passion in life and is in the process of applying to a degree in social work. Pearl is a proud mother of two adults, and a wife to a hardworking, loving and supportive husband. 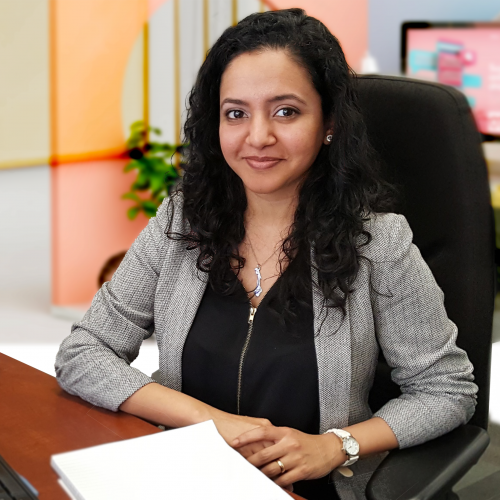 Sania D’Silva - Fernandes, born in Mumbai, India, has called Canada her home for the past seven years. She has 15 years of experience in marketing communication design and strategy. Sania currently works at Immigrant Services Calgary as a creative design lead. She chooses to make a transformational impact in the non-profit sector through technology and innovative marketing solutions. She works directly with community partners with a hands-on approach to making essential changes to see this vision through.

Sania is no stranger to the impact of bullying based on language, gender, and racial discrimination in the immigrant sector. Being passionate about art, she believes visual communication design can bridge these gaps, promote social inclusion and help build stronger communities.

Sania is a lucky mom to one unique, strong, and curious boy. She lives with her supportive Chef husband in the Calgary suburbs maintaining indoor house plants and aquariums. 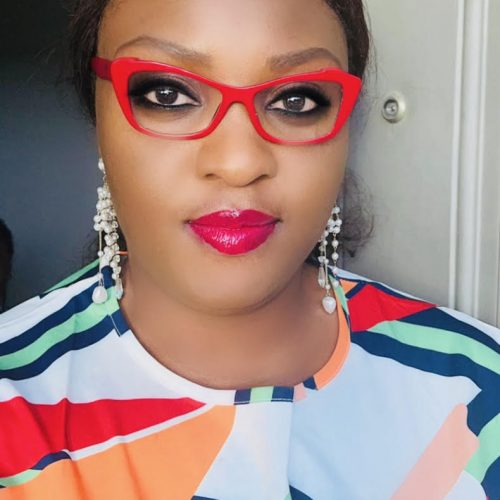 Stephanie is a Chartered Accountant in Canada and the United Kingdom, she has nearly a decade of experience in nonprofit finance management.

She has successfully overseen the finances of more than 45 programs in Canada and internationally that have created measurable value and impact in the communities of implementation. Stephanie has worked with multiple funders including the federal, provincial, and municipal governments of Canada, Bill and Melinda Gates foundation, USAID, UKAID, Department for International Development, Population services international and several others.

Stephanie enjoys encouraging young people to achieve their full potential by mentoring them to identify their hidden strengths and skills.

At her free time, she enjoys researching on medical breakthroughs or watching medical series.

PMAST’s mission is to equip youth, families, and communities with the skills to manage conflict where they live, learn, work, and play.